During every stage of the COVID-19 pandemic, St. Peter’s Health is committed to safely caring for our community. Important updates can be found on our COVID-19 general information page. 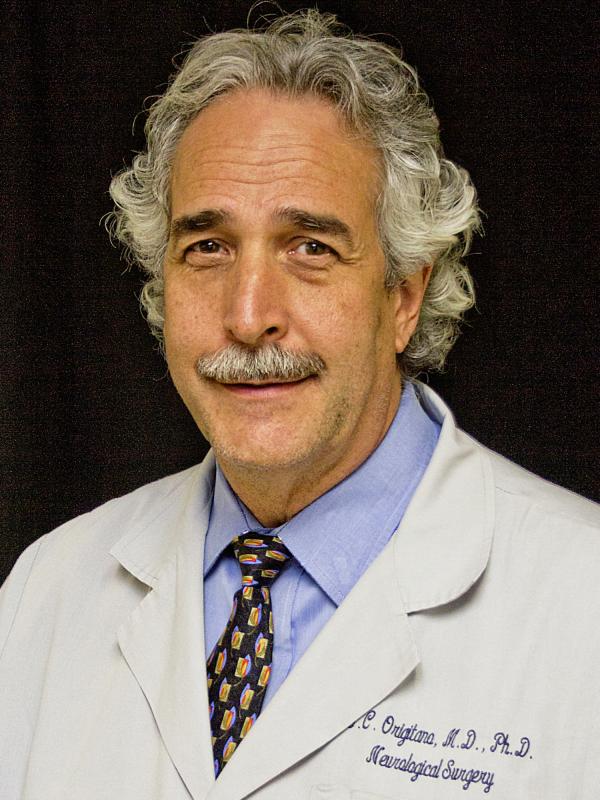 Thomas Origitano, MD, PhD, FACS is a member of the Logan Health Neuroscience & Spine care team based in Kalispell. Prior to joining the Logan Health medical staff, Dr. Origitano served as professor and chair of the Department of Neurological Surgery at Loyola University Medical Center Stritch School of Medicine in Maywood, Illinois – a position he held for 13 years. There, he served as the medical director of the Clinical Neuroscience Service Line and co-director of the Center for Cranial Base Surgery at the Loyola University Medical Center of the Loyola University Health System.

Dr. Origitano is a past president of the Society of University Neurosurgeons, and is currently serving as a Scholar of the American Board of Neurological Surgery. After moving to Montana he became an advocate for the formal training and education of neurological surgery advance practice providers. He established an annual Boot Camp and Fellowship program for advanced practice providers. Dr. Origitano now serves as the Medical Director and Lead Neurological Surgeon at Logan Health. He also currently holds an Affiliate Professor of Neurological Surgery at University of Washington. Over the course of his career he has completed more than 1,000 surgeries for brain tumors and 500 for vascular abnormalities.

When not practicing medicine, Dr. Origitano enjoys spending time with his family, hiking and skiing.

American Board of Neurological Surgery

St. Peter's Health is proud to offer telehealth care through several virtual platforms. If you have an appointment for a virtual visit, you can enter your provider's virtual waiting room on this page.

Don't have an appointment?

To use telehealth platforms for a virtual visit, you must be an established patient and have a scheduled appointment. To establish care or schedule an appointment, please contact us at 406-457-4180.

There are several steps you must take before your appointment begins:

Your virtual visit will be hosted on Microsoft Teams. Teams is a secure, HIPAA compliant, private and encrypted interactive video platform. You must review these Teams setup instructions in advance of your visit. You can use your smartphone or computer for the virtual visit. However, if you are using your smartphone you will need to download the Teams app onto your phone prior to your visit.

Please note: You MUST review terms before agreeing and entering the waiting room. After you review and agree to the terms, please enter the waiting room 5-10 minutes before the start of your scheduled appointment.