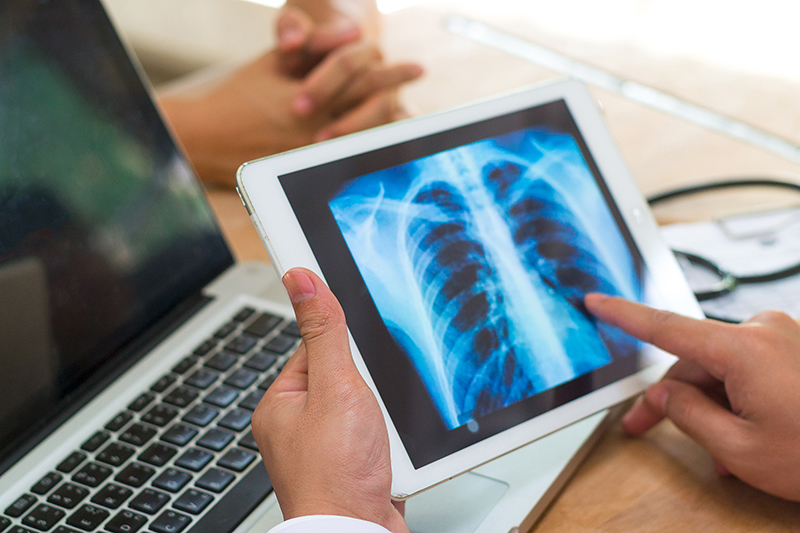 Based on Centers for Disease Control and Prevention data, more people die from lung cancer than any other type of cancer. From the get-go, we feel it is important to point out it is not just smokers who are diagnosed with lung cancer. Radon exposure is the second leading cause of lung cancer in our country and exposure to secondhand smoke continues to be a risk factor.

In 1964 the United States Surgeon General released their first Surgeon General’s Report on Smoking and Health. Since the first report was published over 50 years ago, 2.5 million Americans who were nonsmokers have died from exposure to secondhand smoke.

It is undeniable smoking is the largest risk factor for lung cancer. The American Lung Association found smokers accounted for up to 90% of lung cancer deaths for men and 80% for women. For example, men who smoke are 23 times more likely to develop lung cancer compared to a non-smoker.

Like with all types of cancer, the earlier lung cancer is detected, the more treatable it is. Based on cancer registry analysis from 2009-2013, only 18% of lung cancers in our state are detected at an early stage. This may be due to the fact only 4% of high risk smokers undergo annual lung cancer screening, based on information from a 2010-2015 National Health Interview Survey.

The National Lung Cancer Screening Trial demonstrated the use of low dose CT scan in high-risk smokers could help us detect cancers at an earlier, more curable stage. This translated to a 20% reduction in rate of death from lung cancer among those who participated in the trial
Today, lung cancer screening programs are increasingly common and available at medical facilities across the country for eligible individuals. Lung cancer screening is recommended for individuals who are between ages 55 and 80, are still smoking or quit smoking within the past 15 years and have a 30-pack year or more smoking history. A “pack year” is calculated by multiplying the number of packs smoked per day by the number of years an individual has smoked. For example, someone who has smoked 1.5 packs a day for 20 years would have a 30-pack year smoking history.

Lung cancer screening poses a risk when the test shows a concerning finding, prompting further testing. Often initially concerning findings do not wind up actually being cancer. The anxiety of an initially suspicious test can be considered a significant side effect, and follow up testing may result in medical complications. We recommend openly discussing any concerns regarding risks that you have with your primary care provider.

Although survival rates for early stage lung cancer are increasing, it is still a very lethal disease. The most effective ways to improve survival are prevention and early detection. We encourage people to not smoke, and we encourage every smoker to speak with their primary care provider about smoking cessation as well as the specific risks and benefits of lung cancer screening.